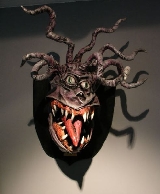 I’m always on the lookout for something that makes me laugh, or at least causes an involuntary grin. My favorite occurrences of humor are the ones I encounter in the wild. That would translate into real life. I think the most uncontrollable belly laughs I’ve experienced are the ones where I’ve been goofing around with family, friends, or co-workers. A close second of course, has been from the entertainment world and this includes TV, movies, radio, recordings, and books. I don’t think I’ve ever been to a comedy club or went to see a well-known comedian perform live. I should add that to my bucket list.

When it comes to humor in written work, I’m all for it. My favorite journalists and op-ed writers are the ones that get to the heart of a story or issue but also bring some humor to their writing on occasion. I even appreciate a funny aside in non-fiction work that for the most part concerns itself with dry topics. Running across a humorous quip or funny anecdote in a computer programming book can make my entire month. That sort of thing takes courage on the part of both author and editor.

Humor in works of fiction is the next best thing to encountering it live – at least for me. I admire writers that do humor well. Charles Dickens is probably at the top of most readers’ list for a masterful use of humor in his work. I know he’s at the top of mine. The Pickwick Papers is loaded with humorous incidents and wry authorial asides. The comments that Sam Weller peppers many of his observations with are ingenious. Herman Melville had me cracking up in various places in Moby-Dick. The two scenes that stand out for me as most humorous are the minister climbing up to the pulpit in the seafarer’s chapel like a sailor ascending a rope ladder to a crow’s nest and Queequeg on his deathbed giving detailed instructions for the crafting of his coffin, which he then no longer required after he benefits from a miraculous recovery. And this is a miniscule sample.

It’s not that I’m a diehard fan of humorous stories and novels. I’m a fan of writing that portrays life in all its wonders, and as such, also includes a fair dose of tragedy and heartbreak. It’s humor that eases some of the pain we all experience and it also puts things in their proper perspective. We humans can be a pathetic lot, with grand dreams that many times go nowhere or get dashed, and we can be downright foolish a large portion of the time. But I think we’re more to be admired than pitied when you stop to consider the obstacles thrown in our path and despite it all, we continue to strive to succeed and make a difference. This is where humor springs from and it is also what makes us lovable.

2 thoughts on “A Touch of Humor”